Did you know that you can navigate the posts by swiping left and right?

First off, if you want to play this twine, you can do it here or on my itch.io page. It should only take 30m max to play, and that’s if you really want to dig around for all the alternate endings ;D

This project started as a way to shake the cobwebs off of my game design and writing skeletons, and to have something to show off to all my cool GDC friends who always had some sort of very exciting project in the works to talk about. It turned into a sort of yearly tradition where I would wait until a month or two before GDC and then suddenly remember this project existed, then go into a frenzy working on adding new features each year.

Finally in 2018 it was close enough to being finished that I decided to buckle down and make sure it was finished before GDC 2019. And I somehow managed it!

Here’s the whole “map” of the twine game:

I haven’t seen the guts of many other twines but this one feels especially sleek.

A big reason for this is because early on I decided I wanted a lot of variation in my twine story. This started with building a large list of possible evidence items and built to a list of wrestling moves, then puns for a pun-based combat and/or trial system, then a whole announcer system… And most of that is contained in the Wrestle Generator, Announcer Generator and Opponent Generator nodes you see here: 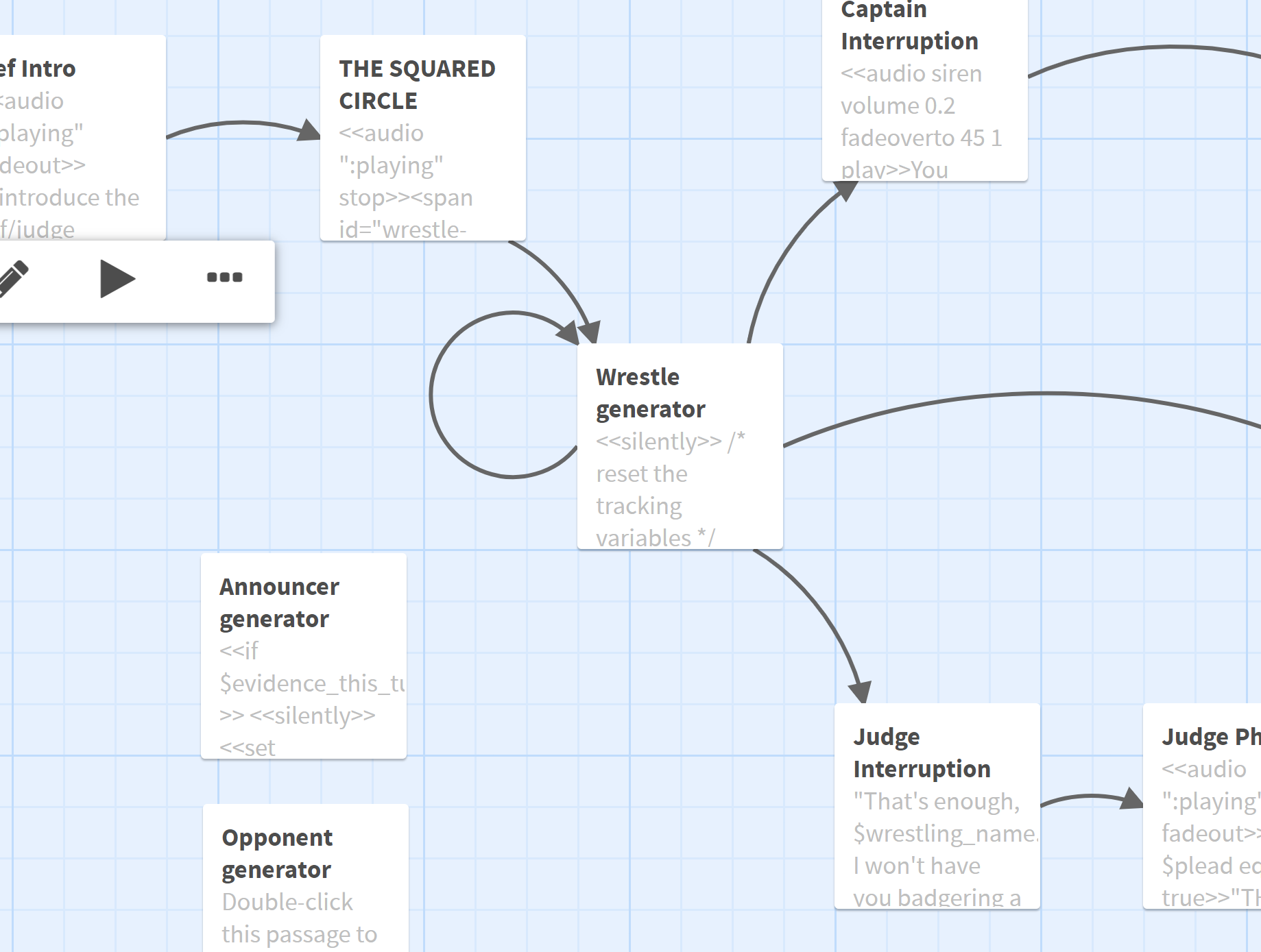 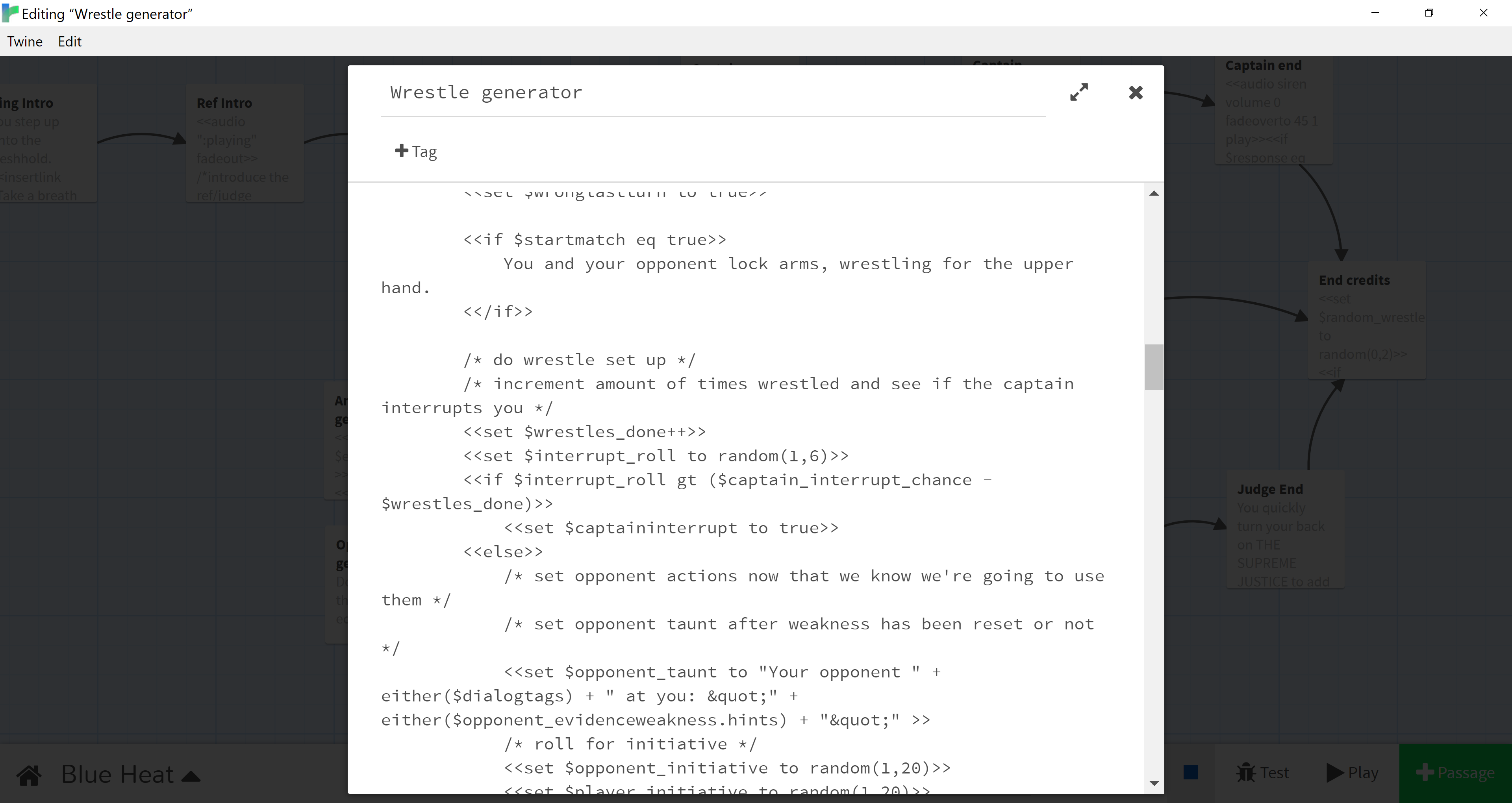 I had a ton of fun cooking up a handful of systems to make what I wanted to do possible (like a whole wrestling match simulator!) and I also enjoyed getting to learn a new software. I can’t wait to do it again some day!